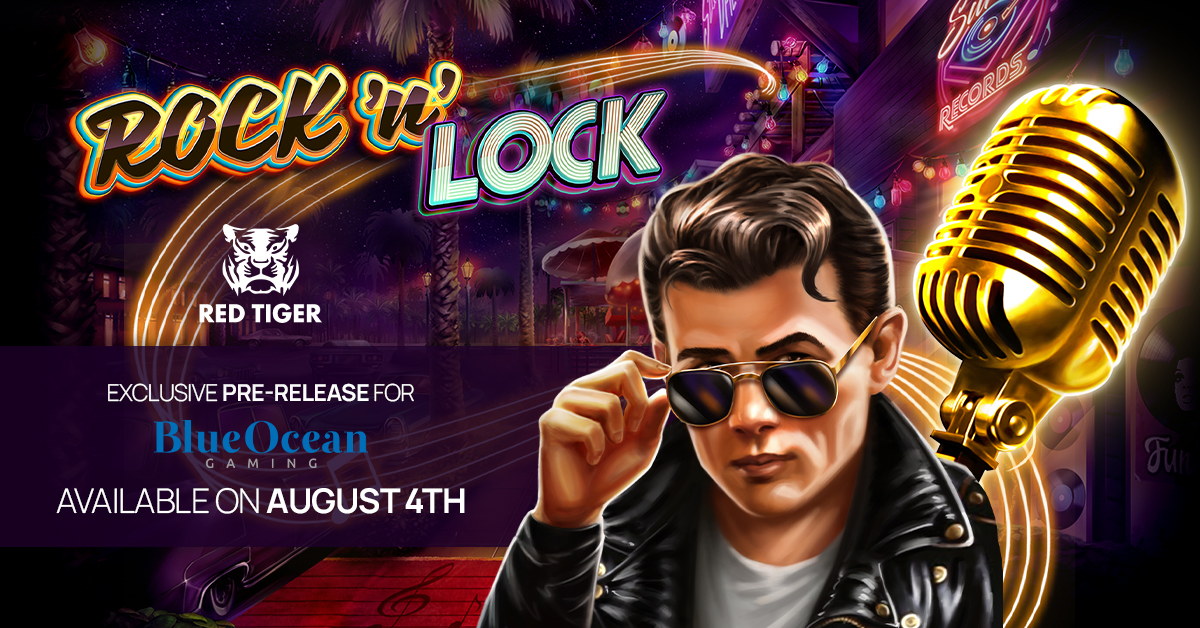 We are beyond excited to announce the pre-release of Red Tiger video slot ROCK 'n' LOCK which will be available one month before the official release date exclusively for BlueOcean Gaming clients.

This amazing deal comes as a result of a long-term and very successful partnership with Evolution Gaming, giving BlueOcean Gaming client network a chance to get video slot ROCK 'n' LOCK on the 4th of August one month ahead of its official release on the 8th of September. Developed by Red Tiger, which is part of Evolution Group, ROCK 'n' LOCK video slot is all about rock 'n' roll music and exciting in-game features.

Dejan Jović, CEO at BlueOcean Gaming added: “We are absolutely thrilled what a great summer surprise we received from one of our first partners - Evolution Gaming.  We have been collaborating for many years and our partnership grew really strong and we managed to achieve great business results together. Gestures such as this one mean a great deal to us and especially to our client network as they will be able to offer Red Tiger's slot ROCK 'n' LOCK to their players one month ahead of all the other operators."

Players can step back in time where the world was lit by neon and the cadillac was king! Forget about that soulless digital music, it's all about those records in this game. Gold and Platinum Records act as scatters and can land anywhere on the reels. While they don't participate in win lines, they do hold a monetary value representing a stake Multiplier. That's right! See at least 3 of these records and you can enter a bonus round where Gold Records hold between 1x and 5x your current stake and Platinum Records may hold any of the following multipliers: 7x, 10x, 12x,15x, 20x, 25x. Let the good times roll, take that microphone, and get your rock on!